Simcha and the Politician 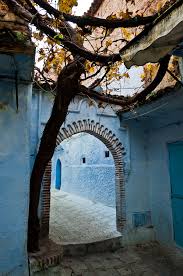 They told him this one was different.

Simcha chuckled a little at the last one. He’d lived a long, long time and had yet to meet a trustworthy man, himself included. But a politician who could be trusted, this he had
to see.

He painted in his shop most mornings, a thousand brushstrokes before noon, and then a thousand after. He was methodical and old, ancient by modern standards. He remembered when the sun was young and the Earth was new, to him anyway. He remembered the sea when it was divided and recalled how his people had walked through it on dry ground.

Simcha did two things well: he painted and he prayed. To be honest, he had been praying for a leader, a good one, even a trustworthy one if he was truly thinking about it. It was what he longed for. Why not put an even-headed man in a place of power? Why not let the good guys run things for a while? But he had forgotten until he was preparing to go out and meet the new ruler for himself, or at least see him from afar, and scoffing that it was impossible. But hadn’t he prayed for the impossible many times before and seen it happen then too? Simcha was hopeful. Perhaps this was an answer.

He trudged along with his friends, the aged painter keeping pace with even his friend’s young son easily. The Rif Mountains had been his home long enough to keep his muscles strong. He knew the air, the hills, the curve of the land and the pace he needed to keep to get anywhere on time. His home was simple, but nestled in the clouds.

They approached the meeting place at the highest point of noon. The sun was searing, scorching, and warning them to stay away, go home, or hide inside. Normally, that’s exactly where they would be at this time of day, but Simcha and his friends were hungry. Here was a promise, in a tent, on a hillside.

A man could lead them, rebuild what had fallen away, inspire the young, comfort the old, and make sure the bills got paid. They wanted to see him, to judge for themselves, and talk about it on the way home.

Simcha wanted to look him in the eye. You can tell a lot about a man by when he looks away. Simcha wanted to see if he would look away first. He wasn’t sure he would be able to get close enough with a crowd eager to see the new leader, so he prayed for that too. And he knew if the answer was yes his job was to simply to look and see.

They entered through a loose flap in the meeting tent and were stunned to see the place full, filled to overflowing, but with only a moderate number of people. No more than 40. That was all who came out to see the man who promised to change their lives? It was the hottest part of the day. Some people don’t like heat. Simcha was astonished, however, because even an elderly man like himself had walked the distance to be there and take part. His heart was heavy at the lack of army around him, the small participation, and the tiny tent. The organizers must have known the turnout would be like this. Disappointed, but encouraged that he would almost certainly be able to meet the new ruler, Simcha sat down.

The man was small. Simcha expected that some of his compatriots would call him unimpressive, maybe insignificant. But just as the words appeared in his head they were whisked away. The man was short, thin, and looked unexpected as far as the type of rulers they were used to, but Simcha could tell he was significant. He had the look of a man who had been sent on purpose, by a higher king. He smiled to himself. To the painter that meant only one thing: God himself had sent this man. He fought the urge to revere a mere man, but listened to every word.

The man was remarkable more for what he did not say than what he did.

He did not talk about peace. He spoke about work.

Simcha noted he said we, not I.

He was inspiring, but his message was simple.

“We were meant to do this.”

And then, what took Simcha’s breath away:

“This is the time to do this. Events have been brought together by hands stronger than ours. We are not alone in this battle.”

Hands stronger… could he mean? And ours. Ours. Simcha was impressed by how he included them.When he concluded the speech he did it in a way no one expected, even the devout painter who had been praying for it.

He lowered his head in prayer, asking the Almighty to bless and keep them, to make His face shine upon them. Simcha couldn’t believe it, though he was the most faithful man there.

He stayed in his seat. Many of the attendees went to shake the new leader’s hand and say hello. He received enough compliments to know he’d done a good job, but did not seem interested in praise. The men shuffled out into the afternoon one by one until just a few were left and Simcha rose from his seat.

The new leader came over to him and extended his hand.

“What did you think of the speech?” He asked.

“Did you mean it,” was all Simcha asked and looked as deeply as he could into the man’s eyes. He had to know. Was it real?

The leader paused for a long while and then said this:

“I am an ordinary man. You may not think I am insignificant, but by myself I am just one small person. I think some vain thoughts, some brilliant, maybe. I try to make myself strong, but the truth is I need a leader myself. I will not move, walk, or step without first seeking guidance from above, because to do so would be foolish.”

He hadn’t intended to say that to the aged painter, but the look of respect in Simcha’s eyes reassured him. The elderly man bowed his head slightly.

“I will be praying for you to continue in that way,” he said.

The king smiled slightly, nodded his head and said, “Thank you.”

Simcha looked away first. He had hope.
Posted by Sandi at 2:26 PM

Email ThisBlogThis!Share to TwitterShare to FacebookShare to Pinterest
Labels: Simcha