I read this on Gretchen's Blog and was shocked.

I thought the quote was going one way, then it went another.

“Religion used to be the opium of the people. To those suffering humiliation, pain, illness, and serfdom, religion promised the reward of an afterlife. But now, we are witnessing a transformation, a true opium of the people is the belief in nothingness after death, the huge solace, the huge comfort of thinking that for our betrayals, our greed, our cowardice, our murders, we are not going to be judged.”

He is regarded as one of the great poets of the 20th century.

For by grace you have been saved through faith.

And this is not from yourselves—it is the gift of God. 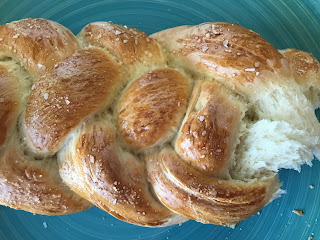 On this chilly December day

may all your troubles disappear

And may you know the peace

of the King of Kings

and Lord of Lords,