The Lord God,
who gathers the
outcasts of Israel,
declares,
I will gather yet others to him
besides those already gathered.

Email ThisBlogThis!Share to TwitterShare to FacebookShare to Pinterest
Labels: Hear O Israel the Lord our God the Lord is One

She was a simple woman, but not. Not really.

Each day after lunch she would walk under the cherry blossoms to the fountain at the far end of the park.
On the way there, she thanked God for small things
and big things, all the things. On the way back,
she prayed for this, for that, for all the things. 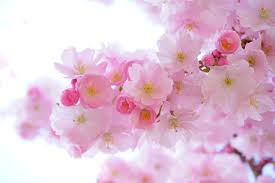 She was a simple woman, but not. Not even close.

Email ThisBlogThis!Share to TwitterShare to FacebookShare to Pinterest
Labels: Shalom

The Hill of Crosses


No matter how many years I've lived I find there are still wonderful surprises waiting around the corner...
and on a hill in Lithuania, of all places.

Have you ever heard of The Hill of Crosses?

The practice of placing crosses on a hill near Siauliai, Lithuania is thought to have started in 1831 as a memorial to people lost in the Polish-Russian War. It has continued since then, even though the practice was greatly discouraged during the long years
(1944-1990) of the Soviet occupation.

The Soviets bulldozed the hill several times and, rumor has it, planned to build a dam to flood the place. Guards were assigned to watch the area, but the faithful snuck in anyway and planted crosses in defiance. I like to think that some of the guards put crosses there themselves or willingly turned a blind eye to those who did.

Despite those efforts to plow it under, the hill remains to this day and has grown to an estimated 200,000 crosses in the ground and who knows how many buried underneath by those who tried to stop it.

Email ThisBlogThis!Share to TwitterShare to FacebookShare to Pinterest
Labels: Hill of Crosses, Lithuania


All your children will be taught by the Lord,
and great will be their peace. 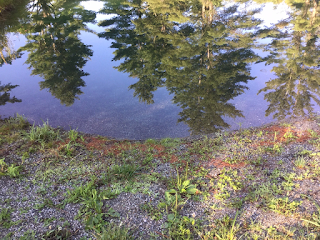 Now there was a man in Jerusalem, whose name was Simeon, and this man was righteous and devout, waiting for the consolation of Israel, and the Holy Spirit was upon him. And it had been revealed to him by the Holy Spirit that he would not see death before he had seen the Lord’s Christ.

And he came in the Spirit into the temple, and when the parents brought in the child Jesus, to do for him according to the custom of the Law, he took him up in his arms and blessed God and said,

"Lord,
now you are letting your servant depart in peace,
according to your word; for my eyes have seen your salvation
that you have prepared in the presence of all peoples,
a light for revelation to the Gentiles,
and for glory to your people Israel.”

In those days a decree went out from
Caesar Augustus
that all the world should be registered.
This was the first registration when
Quirinius was governor of Syria.

And all went to be registered, each to his own town.
And Joseph also went up from Galilee,
from the town of Nazareth,
to Judea,
to the city of David,
which is called Bethlehem,
because he was of the house and lineage of David,
to be registered with Mary,
his betrothed, who was with child.

And while they were there, the time came for her to give birth. And she gave birth to her firstborn son and  wrapped him in swaddling cloths and laid him in a manger,
because there was no place for them in the inn. 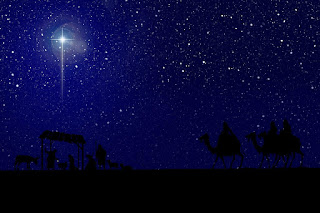 A
heart
that
seeks
God
finds
Him. 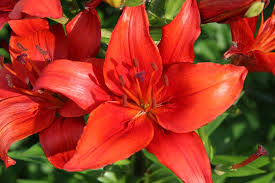 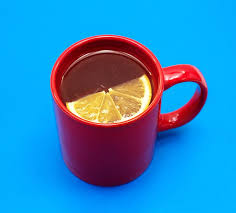 Peace is a good pursuit.

There's a scene in Star Trek where Counselor Troi and a visiting diplomat, Tam, are discussing quiet minds. Both are Betazoids, a race of humanoids with telepathic abilities.

Tam was born with the disability of hearing all the thoughts of the people around him all the time at full volume,
while Troi can filter them out.

Commander Data is the only person on the ship who gives Tam any relief because Data is an android and lacks the continously churning thoughts of a human being. 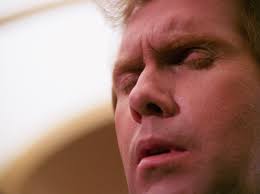 Tam: Beautiful creatures, the Chandrans. Their minds are glacial. They have a lovely three-day ritual for saying hello. Peaceful, untroubled people...

Tam: Well, except for your friend Data. I like him.
He's... restful.

But we are not like the tormented Betazoid diplomat. We are not at the mercy of anyone's thoughts overwhelming us. We don't get to hear them unless we ask and listen.
We control what we think. We can choose peace.

Jesus did many other things as well. If every one of them were written down, I suppose that even the whole world would not have room for the books that would be written.

What do you think He did?

Email ThisBlogThis!Share to TwitterShare to FacebookShare to Pinterest
Labels: Jesus did. 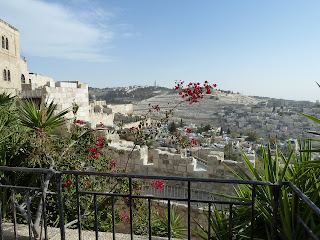 Jesus answered them,
“Destroy this temple, and I will raise it again in three days.”

Email ThisBlogThis!Share to TwitterShare to FacebookShare to Pinterest
Labels: Temple

“The best war is the one not fought.”