The Most Important Thing

Therefore, preparing your minds for action, and being sober-minded, set your hope fully on the grace that will be brought to you at the revelation of Jesus Christ. As obedient children, do not be conformed to the passions of your former ignorance, but as he who called you is holy, you also be holy in all your conduct, since it is written, “You shall be holy, for I am holy.”

And if you call on him as Father who judges impartially according to each one’s deeds, conduct yourselves with fear throughout the time of your exile, knowing that you were ransomed from the futile ways inherited from your forefathers, not with perishable things such as silver or gold, but with the precious blood of Christ, like that of a lamb without blemish or spot.

He was foreknown before the foundation of the world but was made manifest in the last times for the sake of you who through him are believers in God, who raised him from the dead and gave him glory, so that your faith and hope are in God. Having purified your souls by your obedience to the truth for a sincere brotherly love, love one another earnestly from a pure heart, since you have been born again, not of perishable seed but of imperishable, through the living and abiding word of God; for

and all its glory like the flower of grass.

and the flower falls,

but the word of the Lord remains forever.”

And this word is the good news that was preached to you.

Just thought this was cool...

Email ThisBlogThis!Share to TwitterShare to FacebookShare to Pinterest
Labels: cross in the sky, Russia

Really? Now, after all these years, you're scared?

This darkness is the same darkness I was rescued from.

You were rescued, remember?

What if it gets my kids?

What if I get your kids?

What if you don't hear me when I pray?

Is that what you think, after all the answers, that's what you are afraid of?

See, I heard you.

I can do that.

Email ThisBlogThis!Share to TwitterShare to FacebookShare to Pinterest
Labels: Fear

For Christ did not send me to baptize but to preach the gospel, and not with words

of eloquent wisdom, lest the cross of Christ be emptied of its power.

But when he heard it, he said, “Those who are well have no need of a

physician, but those who are sick. Go and learn what this means,

"I desire mercy, and not sacrifice."

For I came not to call the righteous, but sinners.

Email ThisBlogThis!Share to TwitterShare to FacebookShare to Pinterest
Labels: Sinners 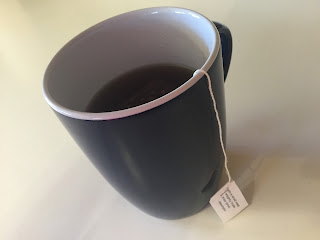 For all that ails you.
Except what only Jesus can handle.
Posted by Sandi at 6:17 AM 16 comments:

The destruction of a life can be quiet. You can do it yourself alone in a room. You can do it without understanding or meaning to. Where you go in your heart is more important than where you take the rest of you.

I've been listening to Johnny Cash lately. He did a version of the Depeche Mode song "Personal Jesus." Do you remember it? Reach out and touch faith.

Do do da do do. Yeah, I'm dancing around too.

Dave Gahan is the original singer. Do you remember when this happened?

(Look at all the prayers in the comments.)

In the early and mid-90's I heard he had overdosed on heroin and nearly died more than once. In 1996 he was dead for two minutes. He described it like this:

“The first thing I realised in the hospital was that I exited my body. I was floating underneath the ceiling and could observe exactly what was happening underneath me: Paramedics were running around my body and tried to save me. I screamed that I wasn’t actually lying down there but above them. I believe it was my soul screaming which had already left my body and became a witness of what happened to my body. At that point I was clinically dead, my heart wasn’t beating. These seconds seemed like hours to me. And suddenly, there was a complete, frightening darkness around me. As if someone had turned off the light.”

"There was something there for me, God or whatever..." Heartsmile.

What do we know about life and death? We can't add another moment no matter how hard we try and, I think, we can't take one away either, not even if we try.

Do our prayers make a difference? Look at all those people in the comment section saying they prayed for him. I did too. I think even one of them could change a life. (He's still with us.)

What are you praying for?

Do you think you can make a difference?

Email ThisBlogThis!Share to TwitterShare to FacebookShare to Pinterest
Labels: Reach out and touch faith

What do I do with my days, Lord? This. 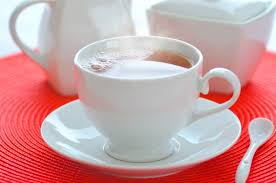 Email ThisBlogThis!Share to TwitterShare to FacebookShare to Pinterest
Labels: Have a good day

Thank you all for your prayers!

I can't put into words how much it means to me to have all of you commenting and praying and being here. He is doing well this morning. They are taking care of the clots (there was more than one) with blood thinners. All is well. 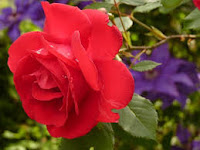 My father-in-law is going into emergency surgery.

He has a blood clot in his heart and a valve problem.

Have we met before?

This story moved me.

I hope it moves you.

Or wakes you from a deep slumber.

The snake pictures will freak you out. They did me.

Email ThisBlogThis!Share to TwitterShare to FacebookShare to Pinterest
Labels: Oh my God snakes

Let no one deceive himself. If anyone among you thinks that he is wise in this age, let him become a fool that he may become wise. For the wisdom of this world is folly with God. For it is written, “He catches the wise in their craftiness,” and again, “The Lord knows the thoughts of the wise, that they are futile.” So let no one boast in men. 1 Corinthians 3:18-21a

Email ThisBlogThis!Share to TwitterShare to FacebookShare to Pinterest
Labels: 1 Corinthians 3:18-21a, Boast, foolishness, wisdom of God 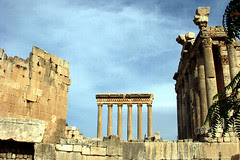 Do you feel that?

Coming through the dust

That has risen up around us

Do you remember how long the ground shook?

One day I will forget all of this turmoil

I'll stand in the rubble

And look at the sky

If there was ever a time the sun wasn't shining

You won't remember the darkness either 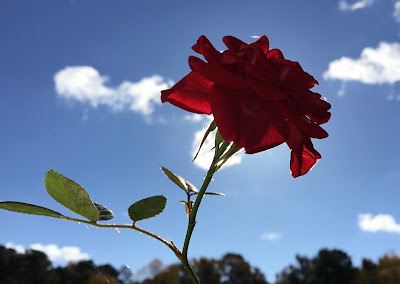 Alone alone always alone each day and all the days forever.

The Lord God Creator of the universe took him by the hand.

"This way," He said. And led him away from alone.

Do you not know that you are God’s temple and that God’s Spirit dwells in you?

It’s a long road, all terror and tears

But there ain’t no stopping love

On a rugged cross, Jesus bled

On a rugged cross, Jesus bled

The sky went dark and the moon turned red

But there ain’t no stopping love

You can spit on me

Put your crown on me

Put your whip on me

I’m paying it all on Calvary

And the Son went down

And the Son went down

But you can’t stop love

Sunday morning, nothing in that grave

Cause there ain’t no stopping love

No, there ain’t no stopping love

And the devil went down

Yeah, the devil went down

The curse was broken

No, you can’t stop love

All of hell couldn’t stop love

"Those who have never been told of him will see,

and those who have never heard will understand.”

...so shall he sprinkle many nations.

Kings shall shut their mouths because of him,

for that which has not been told them they see,

and that which they have not heard they understand.

Rasputin and the Fools

She stood in the heart of Red Square with the two men, Rasputin on her left and Basil the Fool on her right. The magician was a calculating man, and charming. His voice was as sweet as honey, his words as bitter as sin, "Remember what I tried to do to you." He distracted her and talked about the weather, how cold it was, and how all her days would be cold like this one if she continued to walk around with that fool, Basil. "Look at me," he said, "And no where else."

But she knew not to trust him. How, she did not fully understand, but his insistance on her focus and his calm rambling about storms and the temperature and fools made her want to stay close to Basil. Stay out of Rasputin's reach, the fool seemed to be telling her in everything he didn't do. So she walked with the Fool and became a fool, and lived as a fool, happily, joyously, and blessedly. Rasputin couldn't touch her when she lived like that.

In her day simple buildings dotted the Earth. All worthless. Beautiful in their time, but just dust. In Rasputin's time there had been castles. In Basil's, fewer castles, and people, even the sky was simpler then.

"Don't go with him," Rasputin warned her. He sounded so caring and complex, so like he understood the world. He knew all the things she did not. Is knowledge the same as wisdom?

She clung to Basil and went where he went and said what he said and prayed how he prayed, and sang. She didn't understand a word of his ancient Russian or even when he said it in other ways.

"Say it in English," Basil told her, "In your own simple way, like a fool." He nodded in encouragement.

And so she did

She let it out

It let her out too

This is the way

The roar shook the Earth and all the buildings fell, the dots on the Earth, the castles of Rasputin, even the simplicity of Basil. All of it. And with the fall of it all, the people stood up suddenly.

In a last moment of desperation, Rasputin reached for her, his hand cold as steel. "Remember me. Remember what I tried to do to you." But she forgot him entirely.

Everything changed in one night. 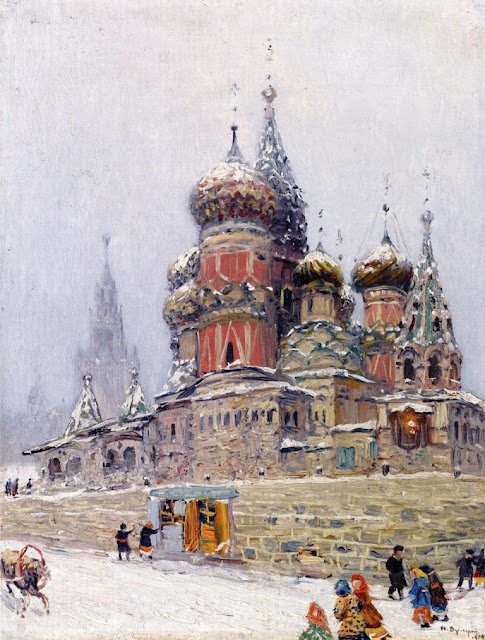 I remember this world, its onion domes and Generals, while mine has changed. I don't know the language I once knew. It changed too, I did not. Everything moved but me, and I was left standing with traditions and the way things used to be. In this new world my old enemy is my friend because I at least understand him. And he me. But now things will be better than they were before.