A word is dead
When it is said
Some say.
I say it just
Begins to live
That day.

And you shall know the truth,
and the truth shall make you free.


Know this, my beloved brothers: let every person be quick to hear, slow to speak, slow to anger; for the anger of man does not produce the righteousness of God. James 1:19-20

"Remember when you were the bad guys?" She asked.

The General was not amused. The talk of who is good and who is bad had long since failed to motivate him. He was just trying to survive.

He didn't care if she prayed. He didn't care what she said about God. He was exhausted, thoroughly, in his spirit and his heart, if he had one. He had nothing to care with, no strength whatsoever. But God had set guards around him, the disbelieving General, of righteousness and kindness. They had sheltered him.

"I am not disbelieving," he corrected her.

He saw what had happened there, the way armies fought each other instead of the real enemy, the way innocents ran and the guilty fell in pursuit. He saw weak people who triumphed and the strong who failed. He knew something she did not. He knew the war was almost over. He knew, deep in his tired heart, the battle is not yours, but the Lord's. He knew redemption was the only way out of this because he had seen all of the other ways and they had not worked.

He believed her prayers would be answered, for him and his country, and hers.

He said, "All of these other things are nonsense, but that is the truth."

"How will we fix everything?" She asked. 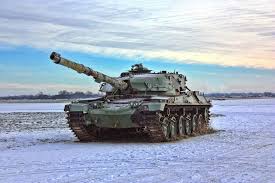 He shook his head.


"There is no time for that, there is only enough time to forgive."

She forgave him then.

And he forgave her.
Posted by Sandi at 9:41 AM 19 comments: Links to this post

"No one in the kingdom of God is too weak to experience God’s power, but many are too confident in their own strength."

For Us or for Our Enemies?

Now when Joshua was near Jericho, he looked up and saw a man standing in front of him with a drawn sword in his hand. Joshua went up to him and asked,
“Are you for us or for our enemies?”

"Neither,"
he replied,
"but as commander of the army of the
Lord I have now come."

Then Joshua fell facedown to the ground in reverence, and asked him, “What message does my Lord have for his servant?” The commander of the Lord’s army replied,

“Take off your sandals, for the place where you are
standing is holy.” And Joshua did so.

Posted by Sandi at 8:07 PM 8 comments: Links to this post

Email ThisBlogThis!Share to TwitterShare to FacebookShare to Pinterest
Labels: Both

Email ThisBlogThis!Share to TwitterShare to FacebookShare to Pinterest
Labels: Numbers 6:24-26, The Lord bless you and keep you

Then the chief priests and the Pharisees called a meeting of the Sanhedrin. “What are we accomplishing?” they asked. “Here is this man performing many signs. If we let him go on like this, everyone will believe in him, and then the Romans will come and take away both our temple and our nation.”

Then one of them, named Caiaphas, who was high priest that year, spoke up, “You know nothing at all! You do not realize that it is better for you that one man die for the people than that the whole nation perish.”

He did not say this on his own, but as high priest that year he prophesied that Jesus would die for the Jewish nation, and not only for that nation but also for the scattered children of God, to bring them together and make them one. 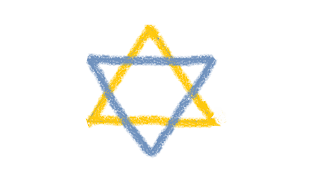 Email ThisBlogThis!Share to TwitterShare to FacebookShare to Pinterest
Labels: Messiah


Today, the grass is greener than I have ever seen.
Today, the sky is bluer than it has ever been.
And today, my heart is beating like I've never felt it beat.
And today, the flowers are growing from
the ground beneath my feet.

Today, my hope is stronger and the vision's clearer.
To walk in love eternal, the path that takes me nearer.
And to You, the music's playing like it has never done.
And to You, my feet are dancing underneath the sun.

And to You, the music's playing like it has never done.
And to You, my feet are dancing underneath the sun.

--if anything is excellent or praiseworthy--

think about such things. 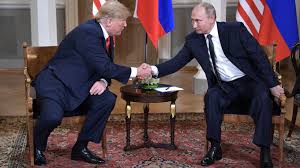