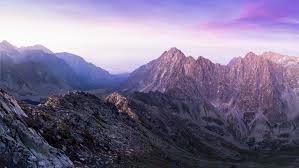 “Because you are precious in my eyes,
and honored, and I love you..."

Email ThisBlogThis!Share to TwitterShare to FacebookShare to Pinterest
Labels: Because


Rahab
saved all of Israel because she believed.

She became the wife of Salmon
and the mother of Boaz.

What other rescuers are in the line of Rahab?

Rahab is in the line of Christ.

Christ who rescued me. And you.

We can't get to the Messiah without redemption.

"...and Jacob the father of Joseph, the husband of Mary,
and Mary was the mother of Jesus who is called the Messiah."
Matthew 1:16
Posted by Sandi at 7:26 AM 12 comments:

The desert was a deep prison. A blanket of darkness covered it in ways night could not. There was no light and no memory of it.

Her eyes shone a piercing shade of green, but they were covered by a thick fold of cloth. It meant to blind her, but could not. She saw with her spirit. A voice whispered to her. A presence led her. Now. This way. Go. Stand. Wait. She heard every word clearly.

She stepped confidently and missed every landmine buried in the sand. Some by miles, others by an inch or less. It made no difference how close they were, she avoided them all. If she'd walked by sight she never would have made it. Only by faith could she navigate what was hidden right beneath her feet.

Following the still small voice had taken her to the River of Life, a great roaring tumble of every ocean known to man, every creek and tear and sweat of the brow. It gathered like a storm and swept through the desert when its time came. The sand moved quickly. The water reshaped, pushed, and transformed it.

She watched as the landmines she'd slipped past were pulled to the surface by the rush of waves and piled up at the base of the river. They were pummeled relentlessly until each went off, one by one, and thousands all at once. They lit the night like the brightest day. Then every eye could see where they had been and what had taken place under the shroud of darkness.

The desert swept away and life bloomed there. She thought it was beautiful and pulled the blindfold from her eyes.

Email ThisBlogThis!Share to TwitterShare to FacebookShare to Pinterest
Labels: see

Email ThisBlogThis!Share to TwitterShare to FacebookShare to Pinterest
Labels: 2Cellos, I wonder if it's okay to put this here, storm 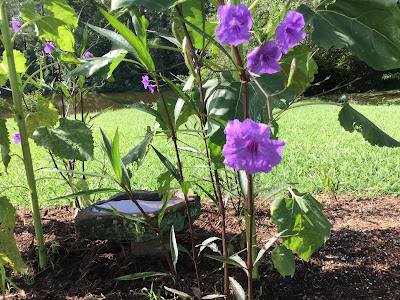 Email ThisBlogThis!Share to TwitterShare to FacebookShare to Pinterest
Labels: shhh...

Pray for peace in Jerusalem:
"May those who love her be safe.
May there be peace within her walls
and safety within her strong towers."
To help my relatives and friends,
I say, "Let Jerusalem have peace."
For the sake of the
Temple of the Lord Our God,
I wish good for her. 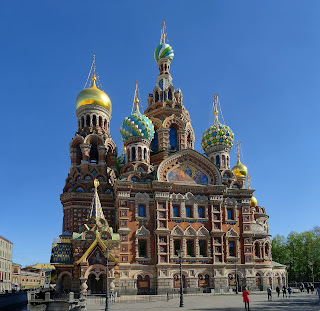 Isn't it amazing that people made this? 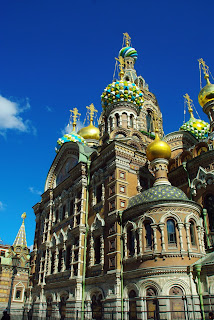 In those days, the sky was purple. In the evenings it became gold, glittering and vibrant, as though the sun shone on it in the dark.

She was 80 that day, nearly 81, and walked the narrow way with ease. These old streets were tight and originally made for carriages. It was amazing they were still in use, like history leading the way to tomorrow.

Her destination was the church, as tall as the purple sky and as old as the stone street beneath her feet. Its spires reached only up, but seemed to extend all around and into every home in the building's shadow. Three men of her family worked there: two as priests, one as a worshiper.

She passed familiar places on her way. So many nations had come to join with this one in those days. The signs on the shop doors were in many languages, some in the words of this land, others in Sanskrit and Gaelic and symbols she could not identify, but understood clearly because she'd been in each of these places many times.

Some sold pastries, others artwork and musical instruments, kites. One took in many items and gave them all away. It stayed in business for reasons that were hard to explain, but the more they gave away, the more they had.


She was a stone's throw from the cathedral when she began to think about her life. She'd lived many years so far, and had the sensation recently of being carried through them all. Her knees did not give out. Her steps were strong. She'd lived eight decades but had eyes like a child, filled with wonder. Each day was a new beginning. Each turn around a corner brought a new adventure. She looked forward to the coming day.

She was old. The church was older. In its lifetime it had changed more than she had. The faith at one time divided up into clusters, tiny groups of parishioners who believed one small thing over another small thing another group believed. But in these days the church was one united body. There was no place for discord, only worship, and no division, only reasons to sit together and pray.

She entered the building at the far end, as always overwhelmed by the amount of gold there. It sang like the sky and glimmered with its own light.

Email ThisBlogThis!Share to TwitterShare to FacebookShare to Pinterest
Labels: The Rejoicing Church of the East

There is no one like the God of Jeshurun, who rides across the heavens to help you and on the clouds in his majesty.
Deuteronomy 33:26

Jeshurun: A poetical name of Israel, probably derived from a root meaning to be upright, and applied to the people of God as the objects of his justifying love, which does not "behold iniquity in Jacob," from ATS Bible Dictionary. 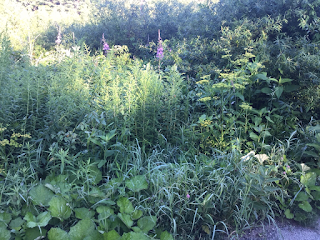 Fear not, O Jacob my servant, Jeshurun whom I have chosen.
Isaiah 44:2

Email ThisBlogThis!Share to TwitterShare to FacebookShare to Pinterest
Labels: Jeshurun

Why do the nations rage and the peoples plot in vain?

Do da da Do Do Do do


In the movie Labyrinth, a teenage girl muscles her way through an elaborate series of adventures to get her baby brother back from Jareth, the Goblin King, played by David Bowie. He sings. He dances. She learns. She grows. At the beginning, some things seem important to her, but at the end, other things have taken their place.

Sarah: Through dangers untold and hardships unnumbered, I have fought my way here to the castle; beyond the goblin city, to take back the child that you have stolen. My will is as strong as yours, and my kingdom as great...

Jareth: Stop! Look what I'm offering you. Your dreams.

Jareth: I ask for so little. Just fear me. Love me. Do as I ask and I shall be your slave.

Sarah (suddenly remembering): You have no power over me!


With that, Jareth is crestfallen and Sarah is jolted back to reality. She won!

Recently, I’ve been hearing David Bowie everywhere. Golden Years and then Modern Love on different radio stations. The next day, Fame. Then, Under Pressure, and again a few days later. The second time, I thought it was the Vanilla Ice song at first.

Golden Years takes me back to a time of new beginnings.

Modern Love, back even further.

Fame. That deep “Fame, fame, fame,” and then higher, “What’s your name?” It sounds like an accusation.

I saw a blog too, with an amazing Bowie mural. Two posts were dedicated to it. One and Two. There was even an album at Cracker Barrel of all places.

This morning I went looking through old boxes for something else, but came across a paper I’d written in college on the song Wild-Eyed Boy from Freecloud. In it, I analyzed the song, the characters, and the rhyming scheme. I cringed a little at my words, but it was one more Bowie thing and I noticed that song came out the year I was born.

I had a giant version of this in my dorm room, but took it down when I became a born-again Christian:

I am pretty sure I saw this live: 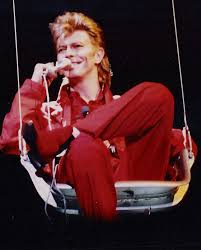 What does it mean? This is an era gone by to me. These songs remind me of old times, long lost friends, some now gone from this Earth before their time, and dreams of foolish things. Though it is painful to say that, youth has some foolishness, doesn’t it? I don’t believe now what I believed then. What I mean is, some things seemed important to me then, but now do not.

And then today I found this. I had never seen it before. It seems like someone would have mentioned it to me, but somehow I missed it until just now. It’s David Bowie reciting the Lord’s Prayer. It was April 20, 1992. Wow. I wish I had seen this then.

I went digging through old boxes this morning, searching for a green 5th place ribbon. I won it in elementary school during a field day where we played games in the school yard to win prizes. At the end of the day, the principal came around and got all the kids who had not won anything. There were 5 of us. They had us race and I came in 5th. I haven't found the ribbon. Not sure I still have it. But for some reason I love this story and I think it is my prize. I was so proud of that ribbon too. It looked like this: 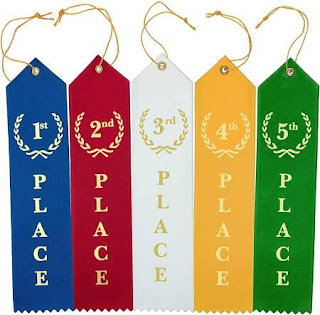