But you, O Bethlehem Ephrathah,
who are too little to be among the clans of Judah, from you
shall come forth for me one who is to be ruler in Israel, whose
coming forth is from of old, from ancient days. Micah 5:2

I think most people have heard the story of Christmas. A young woman and her husband are on a long journey to have themselves counted for a census. On the way home, they stop in a town for the night. There is no room at the inn, so the innkeeper gives them an area in the barn. It's warm and safe. The young woman is
the Virgin Mary who is about to give birth to the Messiah.
Of course, no one knows that except her, her husband Joseph,
and the wise men who will arrive later.

It is celebrated on December 25, though some historians say it was summer or early autumn, and the Bible gives no date for the event.

Today, Christmas is celebrated all over the world and not just in Christian cultures. Have you ever seen pictures of Christmas trees in Dubai? (The tree comes from other traditions and makes no appearance in the Bible, unless you count the reprimand in Jeremiah 10 as talking about Christmas trees.)

But back to the story.

God, the Creator of you and me, and the universe, the South Sea Islands, people near and far, stars in Heaven, clouds, and all of the random things you are thinking of right now, had a son and He was born in a stable. Why would a God who can control everything allow that? The child's mother faced rejection by her fiancé which in that time and culture would have had dire consequences. Why would God allow that? He sent an angel to tell Joseph that Mary had not been unfaithful, the child was a gift from God. Joseph believed the angel. He must have been a man of great faith.
Though we don't know much about him, his actions speak loudly.

The savior sent by God, the Messiah of His people who reaches His arms out to the whole world, saints and sinners alike, was not born in a palace. He didn't even have a bed. This is a terrible story. I would never write this. It is unbelievable. It is not relatable. But
it touches me deeply. It says...what does it say? It says, "Sandi, I came for you. You were not rejected. I sent an angel to knock down the tall things in your way. I built the road beneath your feet. I am in the barn. I am the palace. I see you. I hear you. I know you.
Tell them," and He nudges me and points...to you. 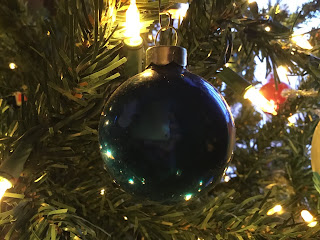 For unto you is born this day in the City of David
a savior which is Christ the Lord. Luke 2:11

Email ThisBlogThis!Share to TwitterShare to FacebookShare to Pinterest
Labels: What does Christmas mean?

Some words Reach to the sky While kings and leaders and men in suits Whisper low to the ground Hoping we will follow them Instea... 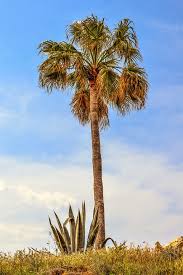